My latest sketch Pogonophilia and other updates

First and foremost, I’d like to share my newest film! It’s a short, three minute comedic sketch called Pogonophilia (don’t worry I didn’t know what that meant until recently). Check it out below!

I had an idea and a limited amount of time to execute. With no budget, I grabbed my camera, got another actor friend involved and the two of us made the short. We were both cast and crew, recorded each others performances and made the most out of a very small team and limited equipment. Response has been pretty great so far on Facebook!

Otherwise, between now and the last update, lots has happened! Newborn has done very well in the festival circuit, aired on CBC Toronto and will air again on CBC, in all of Canada, on September 8th at 7pm Eastern as part of the 2018 Short Film Face Off! Check it out on TV if you live in Canada, or online for free at watch.cbc.ca/live/. 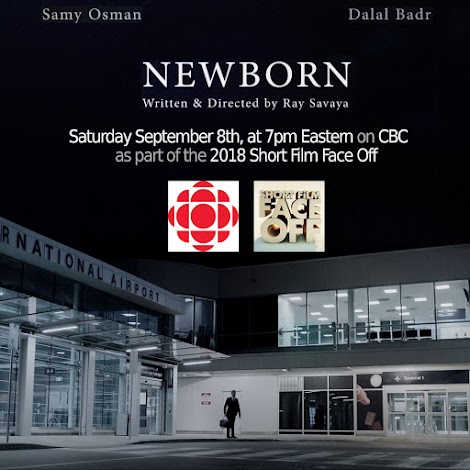 Speaking of shorts, I’ve been cast on a few more since the last update, and recently was involved in a film called Picking Things Up by actor friend Phi Huynh. I actually had fight scene with my friend who started in and produced the film. Was really fun to work together and choreograph the sequence! As for other films, I happened to play cop type roles in a few different ones. Here’s a shot from one of them, called Residue.

I’ve also booked a few commercials and print jobs that you may have seen me in (especially if you’re in Canada), or will soon, a few more Harlequin book covers and was even a guest on a podcast! Had some pretty cool auditions, some I can’t talk about but may lead to something exciting (!) and was even sent to network by the director/producer for a series regular character on a new comedy! I was one of two people selected, but at the end they went with the other actor. Even if I didn’t get it, it was so fun working on the role, had a blast in the audition room and got really close, so I’m happy! Also, my friend Simu Liu, known as Jung from Kim’s Convenience, asked me to play a role in his video pitch for a new series called “Silver” which you can watch below!

Lastly, some changes. I’ve recently acquired a new talent agent: Amanda Rosenthal at Amanda Rosenthal Talent! Her and her hard working team have already begun getting me some auditions that might lead to some pretty cool opportunities! Also, new headshots! Actor, photographer and cinematographer friend John Bregar has captured some pretty new pictures of me. Take a look!

That’s it for now! Hope you enjoyed the short if you had a chance to watch it and that you can catch Newborn on September 8th!