Posted on: 1st July 2014by: Samy OsmanPosted in: Announcements, FilmComments: 0

As the title indicates, the psychological thriller, Clean Break can now be digitally rented or purchased via iTunes starting today! It’s also available through video on demand through Rogers, Telus and Shaw across Canada! Also, I thought I’d share that it won Best Drama Feature Film at the 2013 Atlanta Horror Film Festival (American Premiere) and had its Canadian Premiere at the 2013 Blood in the Snow Film Festival, opening to a sold out crowd…but enough talk, check out the trailer below!

This feature length film stars Tianna Nori, myself and Sean Kaufmann with the supporting cast including Leora Morris, Serge Plourde and even Brad Smith, the first Canadian Bachelor from “The Bachelor Canada” and is directed by Tricia Lee, written by Corey Brown and produced by Jordan Gross and Geordie Sabbagh.

You can choose your roommates, but you can’t choose their girlfriends.

For Cam Dawson (Samy Osman) and his two housemates, Scott (Sean Kaufmann) and Dan (Serge Plourde), life is a constant party. There are no rules, no boundaries and, most importantly, no commitments the morning after. It’s a perfect living arrangement…until Scott meets Tracy (Tianna Nori).

While Cam tries to convince Scott he’s making a huge mistake, Tracy will stop at nothing for the perfect relationship and will get rid of anyone who stands in her way. In this psychological thriller, one-night-stands are fleeting…but you can take love to the grave.

If this sounds like something you’d like to watch, then this film may be for you! Search “Clean Break” (or even my name if you’d like) on iTunes and rent or purchase it today! It’s also worth mentioning that, as it stands, when I check out the “Movies” section of iTunes, I see it on the first row (second from the right) of the front page under “New & Noteworthy”! 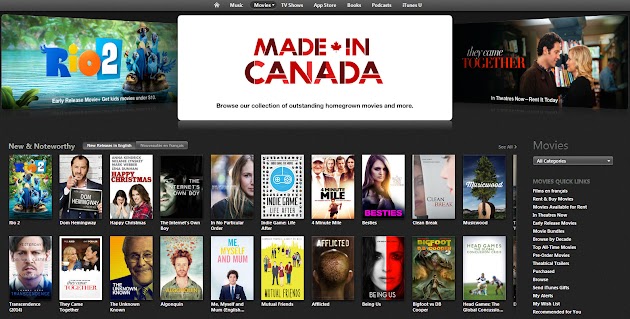 Finally, I’d like to wish a happy Canada Day to my fellow Canadians!